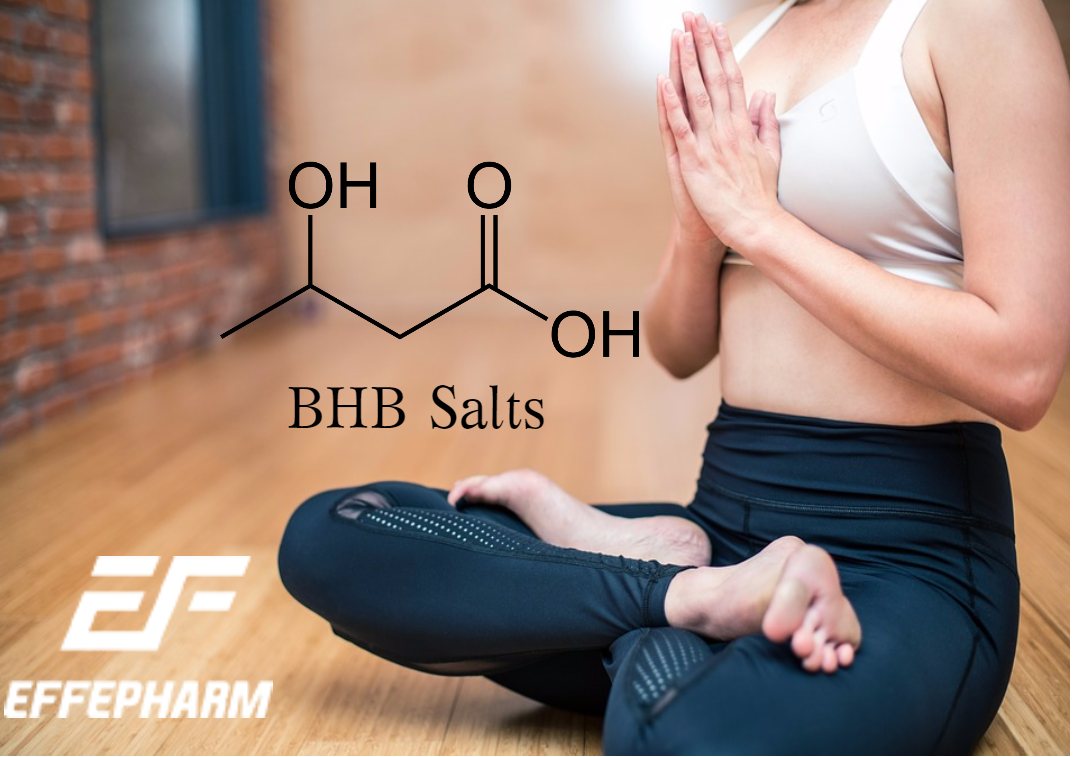 Beta hydroxybutyrate (BHB) is typically supplied as a stable mineral salt, such as BHB sodium, BHB calcium, or BHB magnesium.

BHB is most famous as a ketone body. To illustrate BHB, we will start from the ketogenic diet.

What Is a Ketogenic Diet?

The ketogenic diet(KD) is a special high-fat, low-carbohydrate diet. Fat and ketones are metabolized to offer energy instead of carbs. KD mimics the fasting and starvation of the body to shift the body’s metabolism away from carbs and towards fat and ketones, thus blood sugar was lowered.

KD was firstly introduced to treat seizures in some people with epilepsy not responding to some seizure medicines in the 1920s. Since then, more and more benefits of KD have been studied and confirmed.

BHB is short for beta-Hydroxybutyrate(β-Hydroxybutyrate). Ketone bodies such as BHB are fatty acid derived molecules that are mainly produced in the liver (the whole process is called Ketogenesis), and serve as a circulating energy source for peripheral tissues during fasting or exercise. Ketone bodies are made up of acetoacetate, 3-hydroxybutyric acid and acetone, among which BHB is the most abundant in mammals, accounting for more than 70%.

What are the benefits of intaking BHB?

Some authors claim that the weight loss obtained with ketogenic diets could be attributed to a reduction in appetite due to a higher satiety effect of protein or the suppressant action of the ketone bodies because ketone bodies can also act as a satiety signal to reduce hunger[1,2]. The existing literature demonstrated that individuals adhering to ketogenic diets are less hungry and have a reduced desire to eat compared with baseline measures. Although in some studies the absolute changes in subjective appetite measures during ketogenic diet were small and not significant, there was a clear lack of increase in hunger despite participants consuming an energy-restricted diet that resulted in a significant weight loss[3].

In humans, the basal serum level of BHB is in the low micromolar range, but this level can reach 1–2 mM after 2 days of fasting and 6–8 mM after prolonged starvation. A level of BHB of 1–2 mM can also be reached after intense exercise for 90 min[4].

For example, in mildly obese untrained individuals, Phinney[5] noted that, while undergoing prolonged exercise at 60% VO2 max, they can sustain this even with almost no carbohydrate in the diet (<10 g/day) across a period of 6 weeks. Furthermore, after a mean weight loss of 7.1 kg, there was a significant 155% increase compared with baseline in treadmill time (from 168 to 259 min). On the other hand, White[6] reported that a ketogenic diet (5% of energy provided by carbohydrates) increased perception of fatigue during a 9-min walk.

BHB protects against DNA damage-induced senescence in both vascular smooth muscle and endothelial cells in mice in vivo.

4 Protects the brain and neurons

Many of our cells can use fat in the absence of glucose to eventually generate energy (ATP) from the fatty acid. However, the brain cannot receive oxidizable fats, as an energy source, as they cannot readily cross the blood-brain barrier. The water-soluble, lower molecular weight ketone can cross and provide neurons with a very efficient energy source.

As a small, polar molecule, BHB is readily soluble in water and blood. Several monocarboxylic acid transporters, including MCT1 and MCT2, carry BHB across the blood-brain barrier to offer energy for the brain.

BHB administered immediately after a bilateral carotid artery ligation significantly suppressed the elevation of cerebral water and sodium contents as well as maintaining high ATP and low lactate levels. This shows that BHB, when used as an energy substrate in ischemic brain, has protective effects on cerebral hypoxia, anoxia and ischemia-induced metabolic change[9].

Findings[10] suggest that the anti-inflammatory effects of caloric restriction or ketogenic diets may be linked to BHB-mediated inhibition of the NLRP3 inflammasome. BHB, but neither AcAc nor the structurally related short-chain fatty acids butyrate and acetate, suppresses activation of

the NLRP3 inflammasome in response to urate crystals, ATP and

lipotoxic fatty acids. This indicates that supplementing BHB would have some unique anti-inflammatory effect.

6 Reduces cytotoxicity of cisplatin in chemotherapy

Cisplatin, which inhibits DNA replication by forming intra- and interstrand crosslinks between purine bases, is a highly effective antitumor drug used in standard chemotherapies for solid malignant tumors, including head and neck, esophageal, lung, ovarian, and testicular cancers. However, clinical use of cisplatin is limited because of an adverse effect of nephrotoxicity, with about 10% of patients developing acute kidney injury (AKI) after an initial dose of cisplatin. BHB attenuates cisplatin-induced apoptosis by activation of HDAC5 in HRCE cells, suggesting that BHB may be a new therapeutic agent for cisplatin nephropathy[11].

Oxidative stress reflects an imbalance between the systemic manifestation of reactive oxygen species and a biological system’s ability to readily detoxify the reactive intermediates or to repair the resulting damage. Disturbances in the normal redox state of cells can cause toxic effects through the production of peroxides and free radicals that damage all components of the cell, including proteins, lipids, and DNA. Oxidative stress from oxidative metabolism causes base damage, as well as strand breaks in DNA. Oxidative stress can cause disruptions in normal mechanisms of cellular signaling. Ketone body BHB is an endogenous and specific inhibitor of class I histone deacetylases (HDACs). Study shows that treatment of mice with BHB conferred significant protection against oxidative stress[12].

Cardioprotective effects of BHB have also been observed using in vivo ischemia/reperfusion approaches in rats subjected to starvation-induced ketosis and via intravenous injection of BHB prior to ischemic injury, which conferred a significant decrease in both infarct size and myocardial cell death. Moreover, it has been shown that rats on an LCKD have a remarkable tolerance to ischemia and a faster recovery of cardiac function following reperfusion[13].

There are far more benefits we can list here and lots of beneficial functions of BHB are being validated.

At Effepharm, 3 types of BHB are offered at large scale- Calcium, Magnesium, Sodium salts of BHB. As a market-oriented, R&D driven innovative bulk dietary ingredients manufacturer, what are the advantages of Effepharm’s BHB?

2 Professional R&D team keeps fine-tuning the manufacturing process to meet the highest standard in the world and top quality consistency between batches.